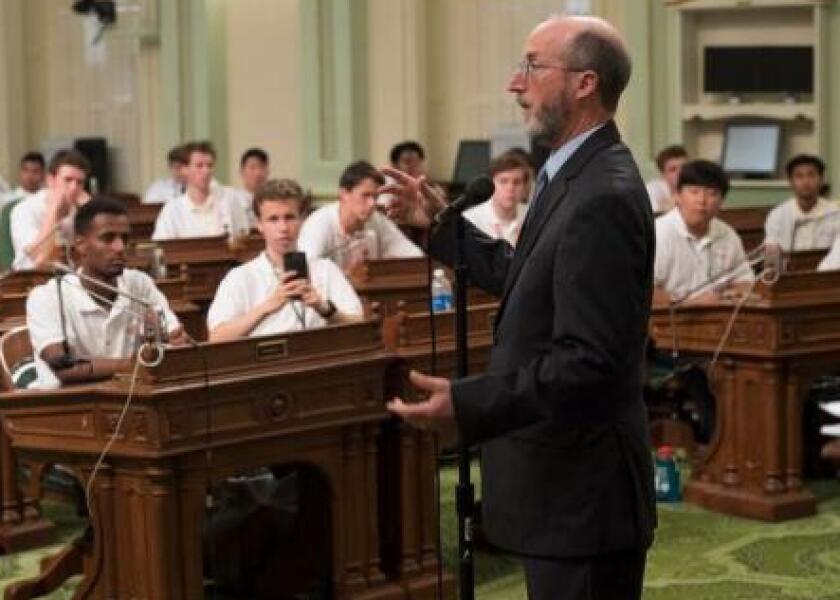 His Senate Bill 22, the Public Preschool, K-12 and College Health and Safety Bond Act, passed the Senate Thursday on a 31-5 vote.

If the State Assembly approves it, a measure would be placed on a 2022 ballot asking voters to approve a $15 billion bond for deferred maintenance at the state’s pre-schools, public schools and state universities.

The Office of Public School Construction has received requests for $2.5 billion in state matching funds for school district projects beyond what it has available in the $9 billion education facilities bond approved by voters in November 2016, according to a Senate analysis.

Though local voters rejected over 60% of school bond initiatives in March 2020, later in November voters approved 80% of the 60 local school bond measures on the ballot, Glazer said.

“The COVID-19 pandemic has highlighted the need for safe school and campus facilities that protect the health of children and staff,” Glazer said. “Many schools do not have sufficient building space to comply with federal and state reopening guidelines on smaller class sizes.”

The money could be spent on broadband and seismic mitigation, but not for electronic equipment with a useful life of less than three years.

About two-thirds of the state’s school facilities are more than 25 years old and it would cost more than $117 billion to modernize schools and colleges in the next decade, according to the Public Policy Institute of California.

A study found that from school years 2015-16 to 2018-19, 108 schools in 60 districts were closed at least once due to poor facility conditions, including gas leaks, heating system failures, broken water pipes, pest infestations and mold, asbestos and lead contamination, Glazer said.

The UC and CSU systems have identified over $16 billion in deferred maintenance needs, according to the Senate analysis.

Assemblymember Patrick O’Donnell, D-Long Beach, the author of the March 2020 school bond measure that failed, believes it failed because voters thought the measure named Proposition 13 would alter the circa 1978 voter-approved Proposition 13 that keeps property taxes low in the state by prohibiting them from rising more than 2% annually unless the property changes hands. The number was assigned sequentially.

It was the first statewide education-related bond issue voters rejected since 1994. Since then, voters have approved six bond measures for school facilities.

O’Donnell introduced legislation to retire that ballot number “to insure voters are not misled.”