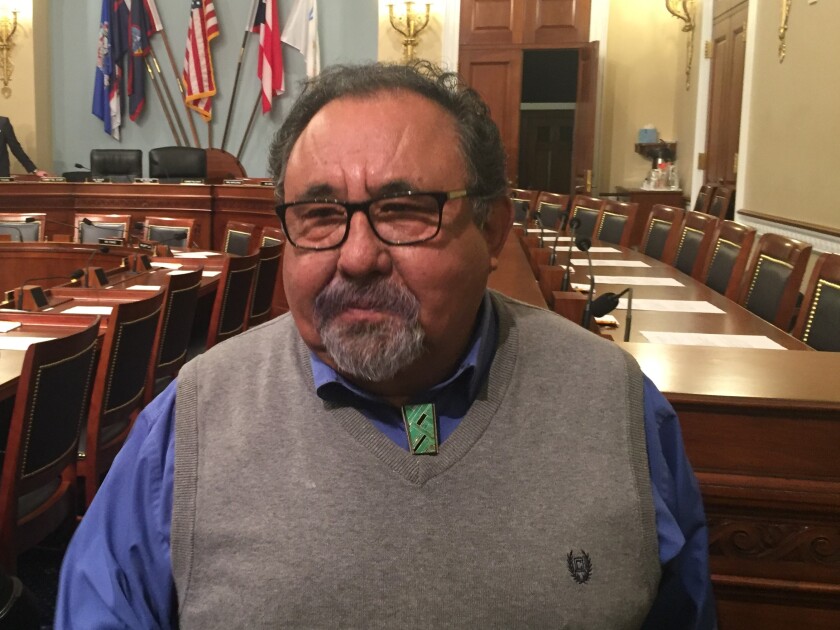 A new opinion issued by the Justice Department says Puerto Rico’s admission as a state could legally include a transition period to temporarily continue the special bankruptcy provisions under PROMESA.

That’s good news for the ongoing restructuring of the territory’s debt because it provides an assurance that statehood would not necessarily involve an abrupt dissolution of the congressionally-created Financial Oversight and Management Board.

States are barred from filing for bankruptcy as Puerto Rico did under the congressionally-enacted 2016 Puerto Rico Oversight, Management, and Economic Stability Act known as PROMESA.

But the uniformity clause of the Constitution would not be violated if the Oversight Board continued, the Justice Department said in its critique of a congressional bill giving Puerto Rico a path to statehood.

“Even if the uniformity requirements of Article I were to become immediately applicable upon certification of a pro-statehood vote, we think that legislation providing for a gradual transition to tax and bankruptcy uniformity for Puerto Rico would be constitutional,” the DOJ opinion said.

“PROMESA was enacted under the Territories Clause and its bankruptcy provisions would attach to any relevant debt before Puerto Rico becomes a state and uniformity requirements applied,” the opinion also said.

The length of the transition could be at least a year, although the analysis did not suggest how much longer it could be. “To the best of our knowledge, no court has addressed the extent to which Congress may provide for transitional disuniformity in the tax treatment of an incoming state, so any attempt to suggest an outer limit on how long the transition period could last would be speculative at best,” the opinion said.

The DOJ analysis was released Wednesday in conjunction with a House Natural Resources Committee hearing on two competing bills aimed at determining the territory’s future.

Grijalva said he will follow up with the Justice Department “in terms of the prerogatives and the powers of Congress and the legislature, and our legislative responsibility in terms of what we can and cannot do.”

“The process of decolonization of Puerto Rico and the path to self-determination is the goal,” Grijalva said. “And the issue for me is full disclosure and transparency.”

Public understanding of the implications for each option, including statehood, is his goal, he said.

One of the witnesses at the hearing drew an analogy to voters in the United Kingdom who voted in favor of withdrawing from the European Union in the Brexit referendum without knowing its full implications.

Both bills are constitutional, according to the analysis by the Justice Department.

The DOJ recommended that H.R. 1522 be renamed the Puerto Rico Statehood Act, “so as not [to] imply that admission of Puerto Rico as a state is a fait accompli.”

The bill would direct the president to issue a proclamation setting a date on which Puerto Rico will become a state if a majority of Puerto Rican voters chooses statehood in a territory-wide referendum.

The Puerto Rico Self-Determination Act calls for the island to hold a “status convention” where elected delegates would choose among the three options of full independence from the United States, statehood, or continued territorial status.

“Once assembled, the convention would be ‘dissolved only when the United States ratifies the self-determination option presented to Congress by the status convention as selected by the people of Puerto Rico in the referendum,’” the DOJ opinion said.

Witnesses at Wednesday’s hearing offered competing opinions as to whether the territory is ready for a binding referendum on statehood or whether the status convention approach should be used.

Advocates for the admission of statehood cited the decades of debate on the island’s territorial status and the need to make a decision.

“Our bill sets up one last statehood yes or no question and let me state the obvious, if they want statehood, they could vote yes,” said Soto. “And if they do not, they could vote no. The vote would be binding. And the only action left would be approximately a year-long transition period, and then they would be admitted.”

Ocasio-Cortez said her bill would provide the information that residents of the island need to make an educated decision.