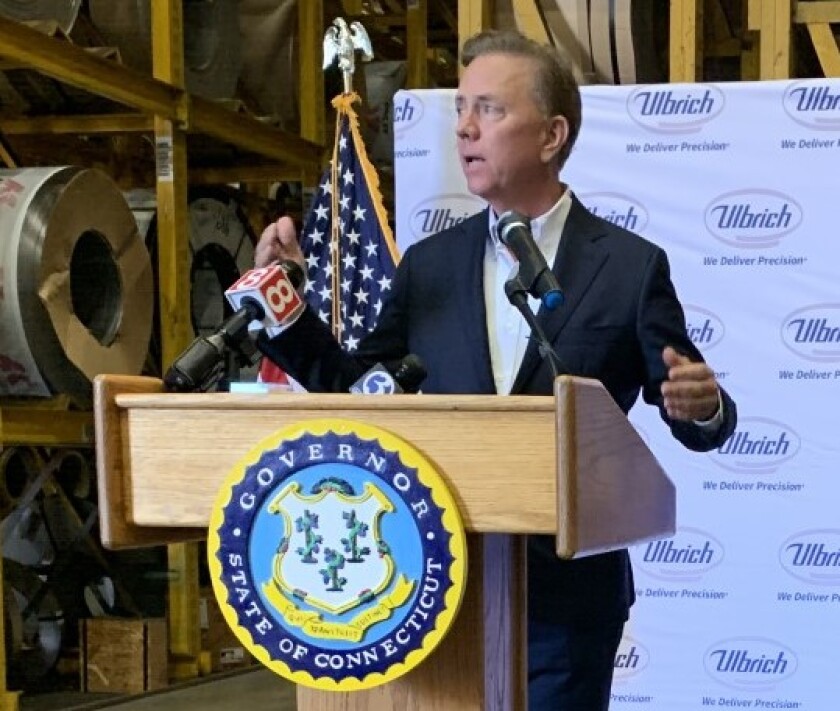 “The states surrounding us already, or soon will, have legal adult-use markets,” Lamont said Thursday after the Senate approved the measure by a 16-11 vote, with nine senators abstaining. “We’re not only effectively modernizing our laws and addressing inequities, we’re keeping Connecticut economically competitive with our neighboring states.

“It will help eliminate the dangerous unregulated market and support a new, growing sector of our economy which will create jobs.”

The House of Representatives one day earlier passed the measure 76-62 with 13 abstentions after a nearly eight-hour debate, sending it back to the Senate for final action. Sen. President Pro Tempore Martin Looney, D-New Haven, and House Speaker Matthew Ritter, D-Hartford, co-sponsored the bill.

It took a special session to enact the bill, as lawmakers could not pass it during the regular session with Republicans threatening a filibuster.

Under the measure, people aged 21 years or older can buy and possess 1.5 ounces of marijuana, or up to five ounces locked at home or in a vehicle’s glove compartment or trunk. Retail sales of recreational cannabis would start no earlier than May 2022.

Connecticut will become the 19th state, plus the District of Columbia, to legalize weed for non-medical use.

The bill includes measures to train police officers in detecting and preventing impaired driving, and to expunge criminal records of people with certain cannabis crimes. In addition, people from cities burdened from past drug enforcement will qualify for expedited licenses, regardless of criminal record.

“This legislation contains measures that will begin the necessary and long-overdue work of fixing the damage caused by decades of failed drug policies,” said Sen. Gary Winfield, D-New Haven.

According to a poll by Sacred Heart University, 64% of residents surveyed in April supported legalization, while 62% favored the erasure of criminal records for those previously convicted for recreational offenses or possession.

“What’s becoming more and more abundantly clear is that this bill is about the money. It’s an insiders’ game, not focused on public health and safety,” he said. “Over the last two weeks we’ve seen fingerprints of the well-connected all over this bill. Language tailored to ensure licenses go to certain individuals found its way into the bill.”

Binance and Mastercard Launch Crypto Prepaid Card in Brazil as Part of Latam Expansion
January job growth is forecast to slow slightly, but the impact from big corporate layoffs is uncertain
Mortgage demand took a big step back last week, even after interest rates fell further
Sunak faces crunch decision on post-Brexit Northern Ireland
Gilead’s Stock is on Sale: Should You Buy?