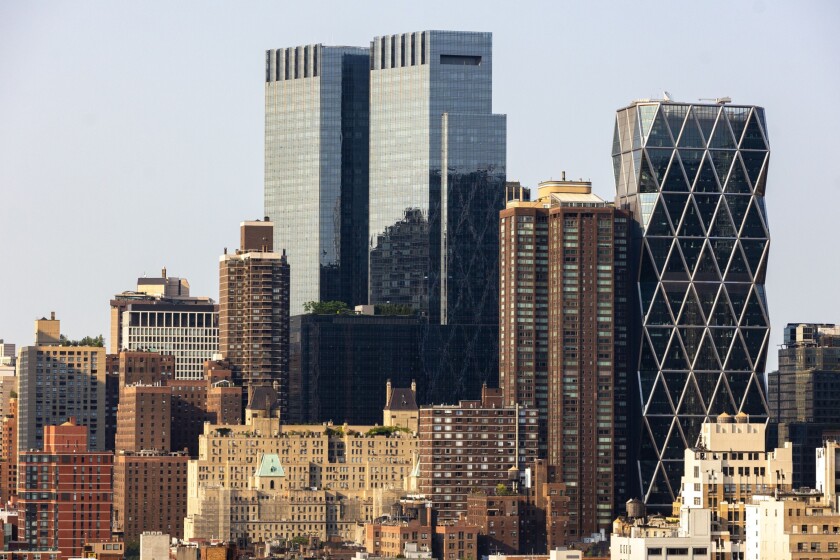 The organization posted its AA-plus rating and stable outlook for the city’s general obligation bonds on its website Monday.

“We are pleased that the city followed through on our office’s suggestion that we obtain a credit rating for our general obligation bonds from Kroll Bond Rating Agency and that Kroll assigned an AA-plus rating to our bonds,” city Comptroller Scott Stringer said.

“This is an important recognition of the legal protections enhancing the city’s general obligation credit, the value of the city’s institutionalized and long-standing financial planning processes, and the underlying strength and resiliency of New York City’s economy,” said Stringer, who ran for mayor in the June Democratic primary.

Stringer’s office and the Mayor’s Office of Management and Budget collaborate on bond sales.

“There’s been a lot of discussion about New York City and its future in the public domain. And when that happens it makes sense to solicit multiple opinions,” said Kroll Senior Managing Director Karen Daly. “When KBRA reviews a credit, we take a bottoms-up, comprehensive approach which the market has come to appreciate.

“The city has demonstrated a strong record of financial controls over many decades.”

The controls, which included budgeting under generally accepted accounting principles and a state oversight board that still exists though in sunset mode, took hold as the city emerged from its fiscal crisis of 45 years ago.

Kroll said its rating recognizes the city’s “preeminent role as a domestic and international center of business and culture.” It also cited a broad and diverse economic base that has demonstrated resiliency; elevated yet manageable debt obligations; and institutionalized procedures and plans for confronting near-term challenges.

The latter, according to Kroll, assisted the city in navigating challenges related to the COVID-19 pandemic. “These factors underpin KBRA’s belief in NYC’s eventual recovery,” Kroll said.

Credit challenges, Kroll added, include an economic base still susceptible to financial services sector cycles; the need to close outyear gaps; ad its coastline location with related exposure to rising sea levels and other climate-change effects.

Mayor Bill de Blasio recently signed the $98.7 billion fiscal 2022 operating budget, which the City Council passed right before the June 30 deadline. It was the final budget cycle for both de Blasio and council Speaker Corey Johnson. The latter ran unsuccessfully for city comptroller.

According to data on the Municipal Securities Rulemaking Board’s EMMA website, a block of fiscal Series 2018 C and D general obligation bonds maturing in 2024 that originally priced at 118.428 cents on the dollar and a 5% coupon, sold to a customer Tuesday at price of 114.305 cents and a 0.278% yield.