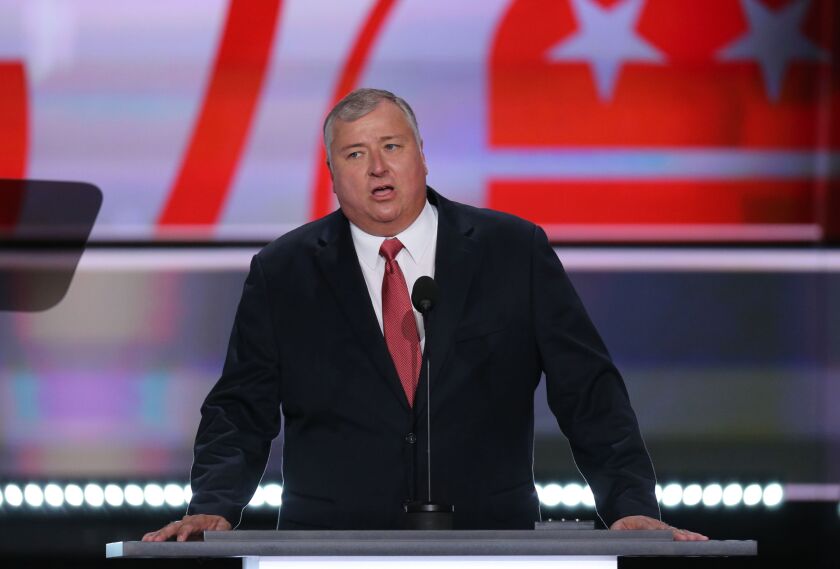 Federal authorities charged the public utility holding company with conspiring to commit honest services wire fraud. The publicly traded company signed a deferred prosecution agreement that could potentially result in dismissal of the charge in three years if the firm abides by provisions that call for improved compliance and ethics measures and continued cooperation in an ongoing federal probe. Current and former firm officials are not protected from prosecution.

The former subsidiary — FirstEnergy Solutions — that benefitted from the tainted bailout legislation is now known as Energy Harbor and no longer affiliated with FirstEnergy. It was not charged.

It’s a “historic day for corporate accountability,” said Vipal Patel, acting U.S. Attorney for the Southern District of Ohio who announced the charges with Chris Hoffman, special agent in charge for the Federal Bureau of Investigation’s Cincinnati Division.

“FirstEnergy Corp. acknowledged in the deferred prosecution agreement that it paid millions of dollars to an elected state public official through the official’s alleged 501(c)(4) in return for the official pursuing nuclear legislation for FirstEnergy Corp.’s benefit,” read documents unsealed Thursday.

The company also acknowledged that it used not-for-profit entities, including one it controlled, to further the scheme because it allowed certain FirstEnergy Corp. executives and co-conspirators to conceal from the public the nature, source and control of payments.

“FirstEnergy Corp. has cooperated substantially with the government, and according to the deferred prosecution agreement, the company must continue to cooperate fully with the United States in all matters related to the company’s conduct described in the agreement and other conduct under investigation by the government, among other obligations,” the federal documents read.

The charges come one year after the arrest of then Ohio House Speaker Larry Householder on federal corruption charges stemming from the bribery scheme. Federal authorities arrested Householder, a Republican, on allegations he violated federal racketeering statutes through honest services wire fraud and received millions of bribes between March 2017 and March 2020 to steer passage of House Bill 6 and to help stave off a public ballot initiative that would have overturned the legislation.

Householder pleaded not guilty and faces a trial next year. His colleagues voted to expel him from the House in June.

Ohio House Bill 6 provided a ratepayer bailout for two nuclear power plants owned by then-bankrupt FES. The Bond Buyer reported in July 2019 that the legislation, signed by Gov. Mike DeWine in July 2019, bolstered the firm’s restructuring plan and in so doing improved the trading value of some of FirstEnergy’s secured municipal bonds that had been dragged into the bankruptcy case.

The Securities and Exchange Commission is also conducting a probe of FirstEnergy Corp., according to a private whistleblower lawsuit. “On August 7, 2020, we submitted information to the Securities and Exchange Commission concerning FirstEnergy and Clearsulting. Since then we have been in communication with Brian D. Fagel, assistant director of the public finance abuse unit, and we intend to continue cooperating with the SEC in its investigation,” lawsuit documents read. The SEC last year declined to comment.

Four others were also charged last July. FirstEnergy was not named in the Householder complaint but publicly company acknowledged it had received subpoenas in connection with the investigation surrounding House Bill 6.

Energy Harbor is the successor company to FirstEnergy Corp.’s subsidiary FirstEnergy Solutions that went through bankruptcy. The company emerged from Chapter 11 in February 2020 with its new name after shedding $4 billion in debt.

Bondholder-creditors Avenue Capital Group and Nuveen Asset Management LLC became major owners with seats on the board. It operates the nuclear plants and is no longer affiliated with FirstEnergy Corp.

The company had $1.5 billion of unsecured debt and $690 million of secured municipal debt. The private power plant operator sold the tax-exempt debt to fund air and water pollution control facilities and sewage and solid waste facilities at its power generation plants. Without the bailout, FES planned to shutter the plants.

DeWine signed legislation in April that partially repealed the tainted legislation. Legislative passage of House Bill 128 triggered a cut to junk for the issuer credit rating of Energy Harbor that owns the plants but its roughly $400 million of secured, tax-exempt bonds retained their low investment grade rating.

After the filing of the Householder criminal complaint last July, S&P put Energy Harbor’s ratings on CreditWatch over concerns the subsidies would be repealed and the company faced potential scrutiny over the ongoing federal probe. S&P resolved the watch placement in April by cutting the company’s rating two notches to BB from BBB-minus while also affirming the BBB-minus rating assigned to about $400 million of bonds.

Moody’s Investors Service last July moved its outlook to negative from stable on the Baa3 rating assigned after the bankruptcy. “Developments in Ohio heighten risk at Energy Harbor and creates greater uncertainty surrounding corporate governance risk,” Moody’s said. The Baa3 rating was assigned with the post-bankruptcy creation of Energy Harbor.

The partial repeal will cost Energy Harbor $150 million annually over the next seven years although “without nuclear clean air credits, we view Energy Harbor’s portfolio as weaker than those of peers, reflected in our revised business risk assessment to weak,” S&P said.

The $1 billion bailout saved the nuclear plants from closure. HB 6 created a Clean Air fund via an electricity rider which would be used to subsidize the Davis-Besse and Perry plants, allowing them to remain open as they were then in line to receive $150 million annually through 2027. It slapped surcharges on energy customers in Ohio to, among other things, support the money-losing nuclear plants.

The Chapter 11 filing included FirstEnergy Solutions, its subsidiaries, and FirstEnergy Nuclear Operating Co. but Akron-based parent company FirstEnergy Corp. was not included. Secured bond claims were not impaired and the bankruptcy disclosure document reported recovery rates for allowed unsecured bondholder and note claims of 13.5%, 22.9%, and 30.2% depending on the claim.