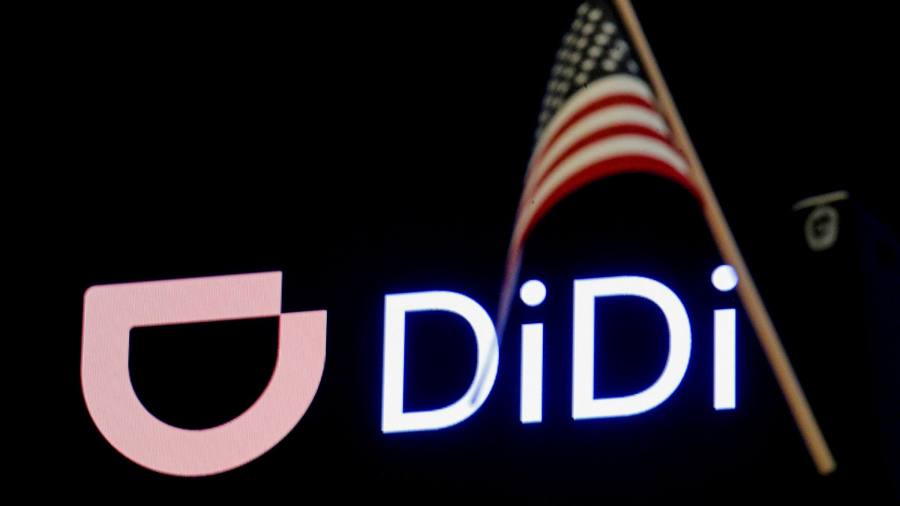 Chinese technology stocks listed in the US are set for their worst month since the global financial crisis after global investors dumped shares following a regulatory crackdown by Beijing.

The Nasdaq Golden Dragon China index, which tracks Chinese tech stocks listed in New York, has fallen 22 per cent in July, putting it on course for its biggest monthly fall since 2008. Shares in Chinese internet groups Tencent and Alibaba have dropped by about 16 and 10 per cent, respectively.

The sharp declines come as Beijing has launched a regulatory assault on companies that handle large amounts of data and education businesses, as well as an overhaul of how Chinese groups list on stock markets outside the country.

This month’s stock market losses appear to have unsettled Beijing. Policymakers have tried to reassure global and domestic investors that the avalanche of regulations and punitive measures was not meant to bury China’s biggest internet groups, prompting a brief rally in their shares on Thursday before Friday’s falls.

Beijing’s crackdown began shortly after ride-hailing platform Didi Chuxing raised $4.4bn in a New York initial public offering at the end of June, despite being warned privately by authorities to delay due to data security concerns.

China issued an effective ban on the country’s $100bn private tutoring industry at the weekend, sparking worries of a broader crackdown on tech companies listed overseas.

Thomas Gatley, an analyst at Gavekal Dragonomics, a research group, said that while the intensity of Beijing’s crackdown could soften as policymakers sought to stabilise markets, there was “no going back to the freewheeling expansion of years past” for China’s internet platforms.

“Rather than seeing the internet sector as a national vanguard of innovation, policymakers increasingly see it as a source of social problems and security risks,” he said.

The CSI 300 index of Shanghai- and Shenzhen-listed blue-chips is down almost 8 per cent in July, worse than the rout it suffered at the start of the Covid-19 pandemic early last year.

International investors that trade mainland stocks via market link-ups with Hong Kong have been net buyers of Chinese equities in July, according to a Financial Times calculations based on Bloomberg data. For every dollar pulled out of Shanghai, offshore investors have put two into Shenzhen, boosting foreign holdings of mainland-listed equities by about Rmb7.6bn ($1bn).

Shenzhen’s tech-focused ChiNext index has been the best performing Chinese index during the month, falling less than 1 per cent.

Tai Hui, chief Asia market strategist at JPMorgan Asset Management, said investors were likely to shift more of their China exposure from New York to Hong Kong and the mainland, where semiconductor, solar energy and biotechnology stocks have rallied. These areas are priorities for Beijing’s industrial policy.

“Investors have dumped all their internet-related shares and put all the money into semiconductors,” said Dickie Wong, head of research at Kingston Securities in Hong Kong. “If you invest in China or in China-related companies, it’s policy, policy, policy.”