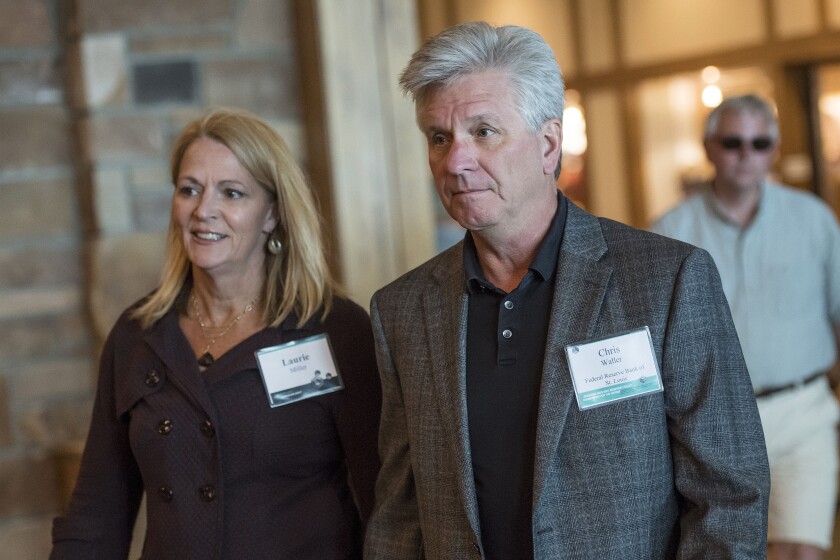 Federal Reserve Governor Christopher Waller said that if the next two monthly U.S. employment reports show continued gains, he could back an announcement soon on scaling back the central bank’s bond purchases.

“I think you could be ready to do an announcement by September,” Waller said Monday in an interview on CNBC. “That depends on what the next two jobs reports do. If they come in as strong as the last one, then I think you have made the progress you need. If they don’t, then I think you are probably going to have to push things back a couple of months.”

The Federal Open Market Committee last week held interest rates near zero and said it would maintain its $120 billion monthly pace of asset purchases until “substantial further progress” had been made on employment and inflation. But the FOMC also said that the economy had made progress toward these goals and that policy makers would continue to assess progress at coming meetings.

A few regional Fed presidents, including Waller’s former boss at the St. Louis Fed, James Bullard, have urged the U.S. central bank to get started this fall with tapering of bond buying in light of the risk of higher inflation.

On the other hand, Chair Jerome Powell has emphasized patience. He cited employment progress at his post-FOMC meeting press conference July 28 and said that “we see ourselves as having some ground to cover to get there.”

Waller said the Fed should use the opportunity of the continued labor-market recovery to win itself some space to be flexible on raising interest rates as soon as next year if needed.

“If the jobs reports come in as I think they’re going to in the next two reports, then in my view with tapering we should go early and go fast, in order to make sure we’re in position to raise rates in 2022 if we have to. I’m not saying we would.”

A tapering could begin as soon as October and be completed in around five or six months in such a scenario, Waller said.

Fed officials in June signaled they’d keep rates near zero until 2023, according to their median projection, though seven of the 18 policy makers penciled in rate liftoff next year.