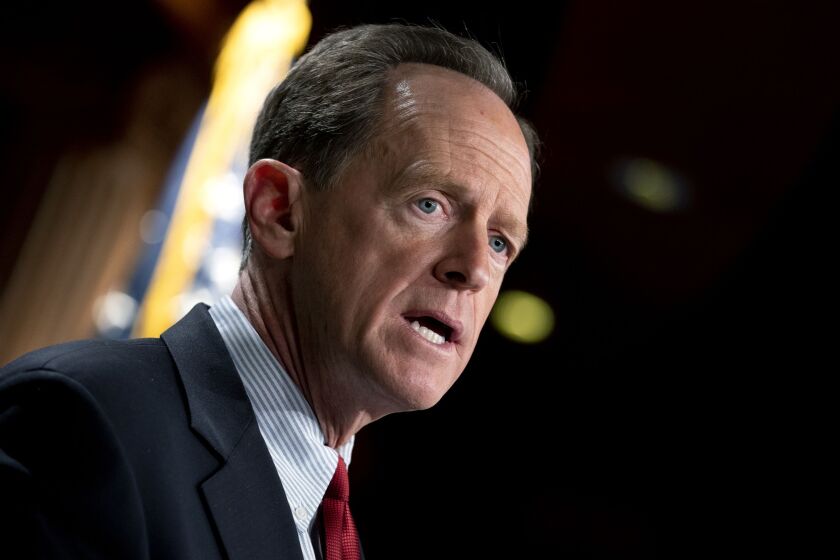 The Federal Reserve Bank of San Francisco has declined to comply with a document request by Sen. Patrick Toomey as part of the Pennsylvania Republican’s investigation into Fed research on topics including climate change and racial justice.

A Republican aide on the Senate Banking Committee who is familiar with the matter said that instead of providing the full suite of requested documents, the San Francisco Fed had offered to arrange a conversation between its president, Mary Daly, and the senator. The aide spoke on the condition of anonymity because the aide wasn’t authorized to talk about it with the media.

Toomey, the committee’s ranking Republican, launched the probe in March, requesting all records related to the planning of an ongoing virtual climate symposium held by the San Francisco Fed and emails and memos describing the origins of the bank’s focus on climate change and racial justice.

Toomey in May expanded the investigation to the Minneapolis, Boston and Atlanta Feds, which have also not yet provided the requested documents. Toomey has argued that their research into these topics could result in “mission creep” from the Fed into areas that should be left to elected officials.

Fed officials say that it’s within the central bank’s mission to foster inclusive economic growth and that climate change may have negative impacts on the financial sector, which it regulates.

Senate Banking has oversight authority over the Federal Reserve and confirms the president’s nominations to the Fed’s board of governors in Washington. The White House over the next six months may fill as many as four positions on the board, and is likely to seek bipartisan votes on their picks to lead the central banks.

The system’s 12 regional Fed presidents are selected by their respective local directors, subject to approval by the board.

This wouldn’t be the first time Fed officials have rebuffed a direct request from Congress for information. During the 2008 financial crisis, both Republicans and Democrats asked the Fed to reveal the counterparties that benefited from a Treasury-Fed bailout of American International Group . The Fed vice chair at the time, Donald Kohn, refused to provide the information when asked in a March 2009 hearing.