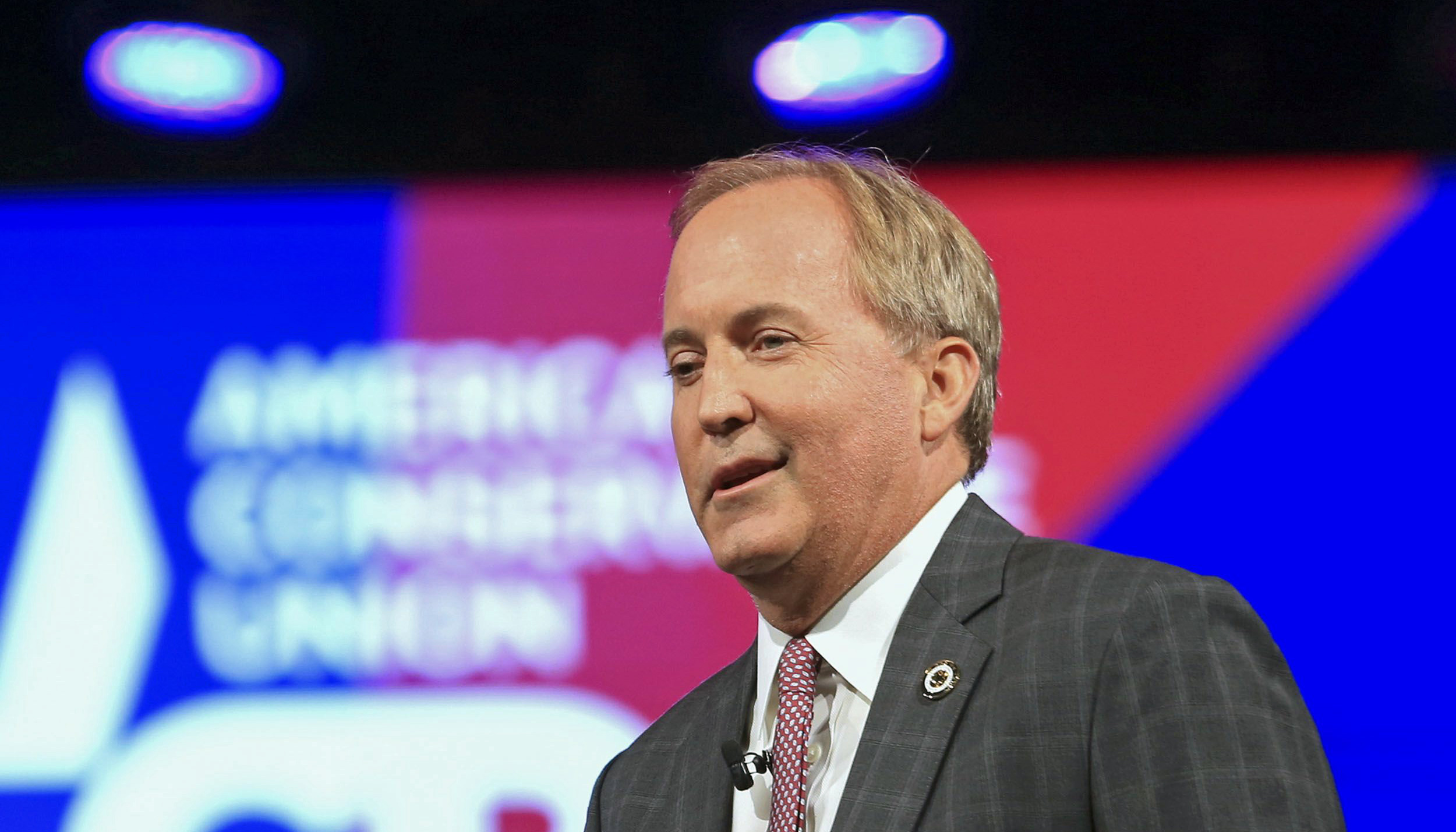 The nation’s largest underwriters of municipal bonds will soon begin operating under a Texas law that bans them from state contracts if their policies are said to discriminate against the firearms industry.

The law prevents any company from receiving contracts from the state or other government agencies valued at $100,000 or more “unless the company verifies in writing that it does not have an internal policy or directive that discriminates against members of the lawful firearm or ammunition industries.”

Republican sponsors said in their analysis of SB 19 that it was necessary to “ensure that any company in Texas with a policy that attempts to restrict gun or ammunition sales will not be allowed to benefit from tax dollars through state contracts.”

Some in the municipal bond industry fear that the measure could be exploited in a fraught year of political campaigns.

“The concern is that bonds of Texas have to be approved by the attorney general’s office,” said Kevin Twining, co-chair of Locke Lord’s public finance group in Dallas. “The law requires the firms to make a representation that they do not discriminate against the firearms industry.

“Our concern — issuers, bond counsel or others — is that we can make that representation, but the AG may not approve of it. They can say: ‘We’re not going to approve.’ Then you’ve got a failed bond proposal and you have to break a lot of contracts.”

Even as gun deaths and massacres have multiplied, Republicans in Texas have touted their affiliation with gun rights advocates, dropping legal barriers to weaponry.

Paxton has closely allied himself with the firearms industry, joining attorneys general in 13 other states in a legal challenge to a federal law banning so-called “bump stocks” on weapons like those used in the 2017 Las Vegas concert massacre that killed 60 and wounded 411. The “bump stocks” allowed the semi-automatic weapons to fire more rapidly from the sniper’s lair in the Mandalay Bay resort.

Paxton has frequently joined lawsuits against other states, including California, New York and New Jersey, that sought to limit access to so-called “assault rifles.”

“States do not have the right to dictate what is ‘necessary’ or ‘unnecessary’ when it comes to constitutional rights, and demonizing certain rifles that are widely used nationwide is an infringement on the Second Amendment,” Paxton said in a statement involving one of the lawsuits.

Paxton’s office did not respond to calls and emails seeking comment on any actions he plans to take regarding SB 19.

Texas Comptroller Glenn Hegar noted in a statement this summer that SB 19 applied not just to the underwriters but their counterparties, as well.

“The new contract provision will require prospective counterparties to verify that they do not have a policy (written or otherwise) that discriminates against an entity based on its status as a firearm entity or an association thereof and that it will not discriminate against such an entity during the term of the contract,” Hegar wrote. “If banks (or other entities) do in fact maintain such a policy it will likely be difficult for them to sign off on such a contract in the future.”

During the legislative debate, the major banks, including those specifically targeted for limiting business with the firearms industry, maintained a low profile. One industry executive said the banks appeared reluctant to lobby against the bill for fear of further targeting.

JPMorgan and Bank of America, two of the lenders cited in House debate as discriminating against the weapons industry, declined comment on enactment of the legislation.

Citi, another lender cited in the floor debate, defended its history of business with Texas governments dating to the 1870s and involving billions of dollars of public finance.

“We have determined that the legislation doesn’t prevent us from serving our clients in Texas, as our policy does not restrict us from working with retailers because they sell firearms,” the bank said in a statement. “It simply requires our clients to use best practices when selling firearms. We have continued to serve retail sector clients that sell firearms, including those in Texas, who use these responsible practices.”

Another hurdle state-issued bonds must clear is the Texas Bond Review Board chaired by Gov. Greg Abbott, with Lt. Gov. Dan Patrick, Hegar and House Speaker Dade Phelan as board members. All are Republicans, with Abbott and Paxton as loud advocates for gun rights.

Hegar, who relies on the major banks for underwriting billions of dollars of annual revenue anticipation notes and other investments, recently took a shot at another corporation under the guise of protecting Israel.

Just as with the bill protecting the gun industry, Texas lawmakers in 2017 passed a bill forbidding business with a company that refused to pledge that it would not boycott Israel.

A federal court declared the law unconstitutional, leading to a narrower definition of those who were required to obey the pledge.

On July 22, Hegar cited the law in announcing a possible blacklisting of the ice cream purveyor Ben & Jerry’s and its parent company Unilever for policies that Israel considered discriminatory. The ice cream maker announced that it would stop selling products in Palestinian territories occupied by Israel.

Chapter 808 of the Texas Government Code defines “boycott Israel” as “refusing to deal with, terminating business activities with, or otherwise taking any action that is intended to penalize, inflict economic harm on or limit commercial relations specifically with Israel or with a person or entity doing business in Israel or an Israeli-controlled territory.”

“As with any of our listing decisions, my office, in cooperation with our research providers, will carefully review statements and actions made by Ben & Jerry’s and Unilever to establish if either entity is a suitable candidate for the Texas list,” Hegar said.

“Texans have made it very clear that they stand with Israel and its people,” Hegar said in the press release that included a pitch for Brenham, Texas-based Blue Bell Ice Cream.

Hegar’s office said that the comptroller has not received any campaign contributions from Blue Bell. Spokesman Chris Bryan said Hegar plans to enforce SB 19 as a matter of law.

“This is not a campaign issue,” Bryan said.

“The comptroller is and will continue to be a very strong advocate of second amendment rights in Texas and he enjoys spending time with his family in the outdoors,” Bryan said. “He has clearly stated that his office will implement SB 19 as passed by the Texas Legislature.”

In debate over SB 19 in the Texas House, sponsor Rep. Giovanni Capriglione, R-Keller, said that corporations such as the banks do not have civil rights, an assertion that brought strong pushback from Democrats.

With Democrats standing with the banks and Republicans opposing corporations, the two parties experienced an odd form of role reversal.

In the past, Texas has made business recruitment its prime objective. But in recent years, Republicans have cracked down on business practices that appear to protect public health, safety or environmental concerns.

In this year’s ranking of states most favorable for business by business news network CNBC, Texas slipped to fourth place from second in the previous 2019 ranking.

“While it’s never good for Texas to fall, the state still ranked very well on the measures that are most closely related to current and potential business conditions (including ranking first in workforce),” Texas economist Ray Perryman, principal of The Perryman Group, told The Bond Buyer via email. “I do not think the CNBC analysis has any direct bearing on the bond issue.”

“Obviously, a bill which dramatically reduces the available options for financing governmental needs is a not a wise choice,” he added.

One potential complication involves the bordering nation of Mexico which last week sued American gun-makers and distributors in U.S. federal court in Massachusetts for damages caused by illicit firearms.

The lawsuit aims to “make the defendant companies compensate the government of Mexico for the damage caused by their negligent practices,” said Foreign Secretary Marcelo Ebrard. The Mexican government estimates $10 billion in damages from economic loss.

Texas shares revenue with Mexico on a number of projects along the border, including bridges and waterways.

Advocates for victims of gun violence, who generally receive little attention in Texas, sought to put the issue in a different perspective during debate over SB 19 and after.

“It is tragic that Texas elected leaders ignored the many gun injuries and deaths across Texas in the 2021 regular legislative session and made it easier for people to access and carry guns,” said Gyl Switzer, director of the advocacy group Gun Sense, on the second anniversary of the El Paso massacre that killed 23 and wounded 23.

“We must do better for victims, survivors, communities, and all Texans.”

Four of the 10 most deadly mass shootings in U.S. history were in Texas.

Texas Gun Rights and other pro-gun organizations praised the loosening of gun laws as a major civil rights victory.