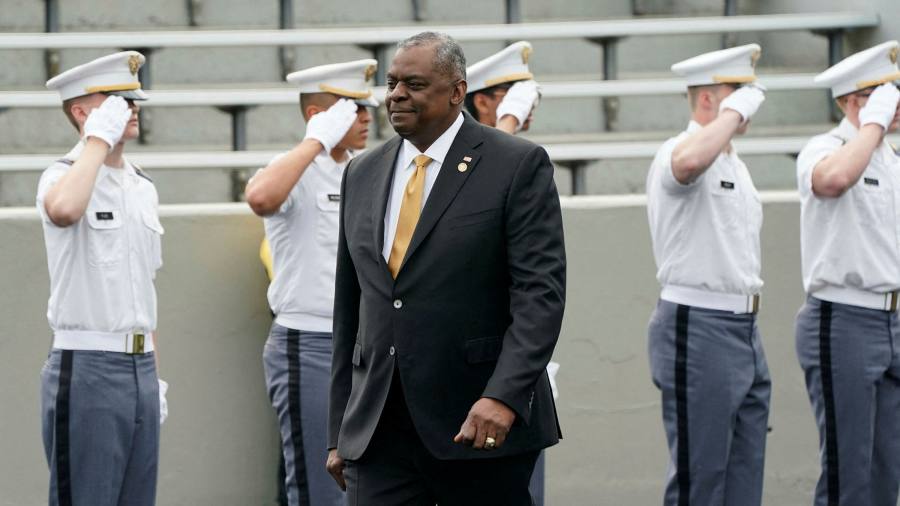 The Pentagon plans to make Covid-19 vaccines mandatory for US troops by mid-September, as the country grapples with a rise in cases caused by the spread of the contagious Delta variant.

“To defend this nation, we need a healthy and ready force,” wrote Lloyd Austin, defence secretary, in a memo to US forces released on Monday. Some vaccines against other diseases are already mandatory.

Austin said he would bring the date forward if the US Food and Drug Administration were to grant full approval to any of the existing vaccines before then. The BioNTech/Pfizer vaccine is expected to receive full approval early next month.

“Get the shot. Stay healthy. Stay ready,” he wrote in his sign-off.

“We cannot let up in the fight against Covid-19, especially with the Delta variant spreading rapidly through unvaccinated populations,” Biden said in a statement. “We are still on a wartime footing, and every American who is eligible should take immediate steps to get vaccinated right away.”

The effort comes after the Biden administration failed to meet its self-imposed target to vaccinate 70 per cent of US adults with at least one shot by July 4, despite having enough vaccines. It reached that benchmark last week.

To date, 61 per cent of US adults have been fully vaccinated, according to data from the Centers for Disease Control and Prevention, which says most states are experiencing a high rate of community transmission due to the Delta variant.

The US has battled vaccine hesitancy that appears to be sharply divided on political lines, with Republican-led states recording lower vaccination rates than Democratic states. Alabama, Idaho, Mississippi and Wyoming have recorded the lowest vaccination rates among US states, according to CDC data. All host US military bases.

Some employers have begun encouraging or requiring workers to get jabs. Biden has given federal government employees the choice between taking the Covid-19 vaccine or having to comply with mitigation measures such as wearing masks, physically distancing and submitting to regular testing.