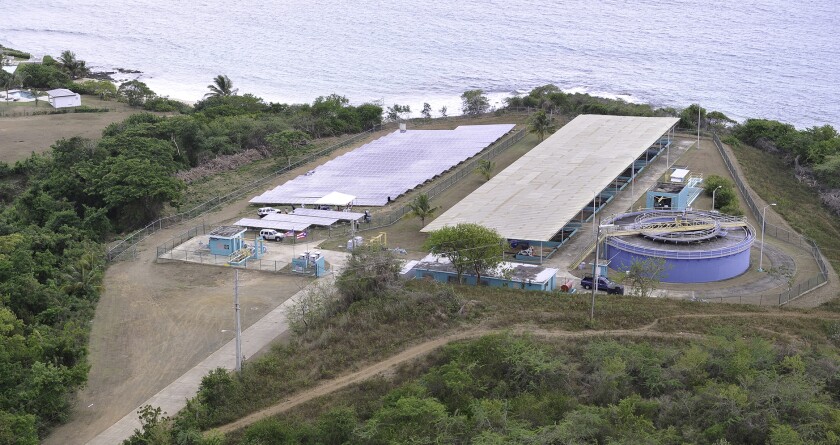 The Puerto Rico Aqueduct and Sewer Authority successfully refunded Series 2012 A and B bonds Tuesday, despite ratings on existing bonds deep in speculative territory.

Senior manager Barclays Capital priced $812.66 million of the Series 2021A, Series 2021C taxable, and Series 2022A forward delivery bonds Tuesday. The total size of the deal is expected to be $1.8 billion, with the remainder of the deal being executed Wednesday according to Barclays.

While the new bonds are unrated, Fitch Ratings rates the bonds being taken out CCC. A small amount of PRASA’s Series 2008 bonds will remain outstanding after the sale, as the only legacy bonds held by PRASA.

“PRASA and the Oversight Board wanted to save money for ratepayers and to demonstrate they could access the muni market at relatively normal rates,” said John Ceffalio, CreditSights senior municipals analyst. “I think they achieved both of these goals.”

The Puerto Rico Fiscal Agency and Financial Advisory Authority said the bond sale will bring $570 million in debt service reduction over the life of the bonds without extending the maturity of the refunded debt. FAFAA said the bond sale opens the possibility of exchanging the current gross revenue pledge for a net revenue pledge if all holders of senior debt agree to the change. Currently PRASA has received consent from 74% of senior debt holders.

“Considering the benefits of the refunding completed in December 2020 and the current transaction, the modification of PRASA’s federal debt in July 2019, and the Federal Emergency Management Agency grant award of $3.7 billion announced in January 2021, the authority has been able to reduce debt service by a total of $740 million through FY2030 while ensuring funds for its capital improvement plan and disaster recovery efforts, which will allow PRASA to be financially sustainable and invest in its infrastructure for years to come,” said PRASA Executive President Daniel Pagán Crespo.

He added, “through the successful pricing of the bond deal, PRASA achieves average debt service savings of approximately $22 million per year, that will be used to address operating needs or fund capital expenditures…. The all-in interest cost, including expenses associated with pricing and selling the new issue, was 3.24%.”

While Barclays was the lead manager of the deal, Bank of America Securities, Jefferies LLC, and JP Morgan were co-senior managers.

The deal follows the authority’s successful refunding of $1.4 billion in December. There were $3.1 billion of orders for that deal.

The deal executed Tuesday and Wednesday was available to, at most, 35 institutional bond purchasers.