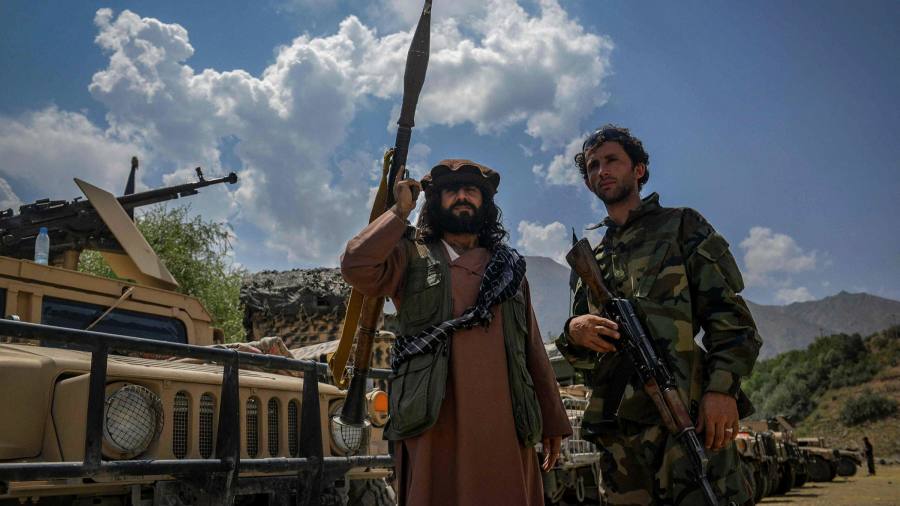 The brother of slain Afghan warlord Ahmad Shah Massoud has called on the Taliban to form an inclusive government following their recapture of the country, and warned of resistance if they refused.

Ahmad Wali Massoud, one of a band of leaders holding out against the Taliban from their base in the Panjshir valley, raised the prospect of a broad civil uprising if the militants did not agree to a deal.

“If there’s an agreement, a peace settlement, everyone will join. But if there’s no agreement . . . it’s not only Panjshir, it’s the women of Afghanistan, civil society, the young generation — it’s all the people of the resistance,” Massoud said in a video interview with the Financial Times. “If you conquer the [presidential] palace by force, it doesn’t mean you conquered the hearts and minds of the people,” he added.

Massoud’s credibility stems from his late brother, Ahmad Shah Massoud, a renowned resistance figurehead who was one of the generation of mujahideen who took up arms when the Soviet Union invaded Afghanistan in 1979.

As leader of the Northern Alliance, Ahmad Shah Massoud fought the Taliban after they first took power in 1996 until his assassination by al-Qaeda days before the 9/11 attacks in 2001.

Yet analysts are sceptical about whether modern-day anti-Taliban forces would be able to take on the victorious militant group, which has added the government’s US-supplied military hardware to its armoury.

Panjshir province, a mountainous area north of Kabul, is surrounded by the Taliban who have blocked crucial supply lines. “It’s not easy to walk in [to Panjshir], it is high peaks and passes, but the Taliban military are far stronger,” said a person with knowledge of the province’s security situation. “The resistance forces are absolutely no match.”

The Taliban faced the first signs of popular unrest this week as Afghans marched to celebrate Independence Day, hoisting the national flag in defiance of the Islamists. But analysts say a war-weary population would be hesitant about further conflict.

Another member of the family, Ahmad Massoud, Ahmad Shah Massoud’s son, has called for international support to take on the Taliban in the wake of the US military withdrawal.

The commander of anti-Taliban forces in Panjshir, he wrote in the Washington Post this week that his soldiers were ready to fight but needed “more weapons, more ammunition and more supplies”.

Romain Malejacq, author of Warlord Survival, a book on Afghanistan’s militia leaders, said the younger Massoud had “charisma and ability” as well as “the legitimacy of his name”, but he was “extremely young and has no experience fighting”.

Amrullah Saleh, vice-president in the Afghan government deposed by the Taliban, has also vowed to fight, but analysts are unsure he could mobilise popular support.

Afghanistan’s wars have long been fought not on the open battlefield, but by guerrilla forces who use the country’s terrain to regroup between attacks.

Observers were nonetheless shocked at the ease with which the Taliban over-ran not only government forces, but also the warlords and militias who were expected to mount the fiercest resistance.

Massoud questioned how the Taliban were able to achieve such an easy victory over the US-trained and funded Afghan forces and called on deposed president Ashraf Ghani and US Afghan envoy Zalmay Khalilzad to explain what happened.

“I do believe there was a huge conspiracy to really make the whole system fall . . . like a coup d’état carried out from inside the government,” said Massoud, adding it was not “logical” for the army to crumble so quickly. “I have no doubt whatsoever it was planned,” he said.

Many of Afghanistan’s traditional leaders have now scattered. Ismail Khan, a veteran fighter in the western city of Herat, has surrendered to the Taliban. Others such as Abdul Rashid Dostum and Atta Mohammad Noor are reportedly in exile.

Any Afghan resistance would also struggle to attract international support. Countries such the US and Saudi Arabia have readily funded warlords when they were fighting the communists, and countries such as India were eager to support anti-Taliban militias.

But many now appear willing to engage with — if not formally recognise — the Taliban government, especially if it includes other figures. Hamid Karzai, the former Afghan president, and one-time peace negotiator Abdullah Abdullah have held talks with senior Taliban leaders over taking positions in the new regime, and securing protection from retribution.

Massoud was part of a delegation that travelled recently to Pakistan to lobby prime minister Imran Khan. They want Islamabad to convince the Taliban not to attack Panjshir and agree to a government that includes all ethnic groups. He said he hoped a deal could be struck to avoid bloodshed before Afghanistan descended further into chaos.

“There are no offices [open], no salaries, no wages, no workers, no staff, no officials, there’s nothing in Kabul,” Massoud said, adding: “It can’t go on.”

Virgin Islands governor wants WAPA fixed by 2027
The first ETF is 30 years old this week. It launched a revolution in low-cost investing
Rent prices have dropped the most in these 5 U.S. metro areas. Why it’s cheaper to rent in many markets
Mega-mergers stand out amid a 2022 dip in hospital consolidation
FTX and Alameda Research Collapse Sad Event but ‘Good for the Long Run’ Says DWF Labs Managing Partner