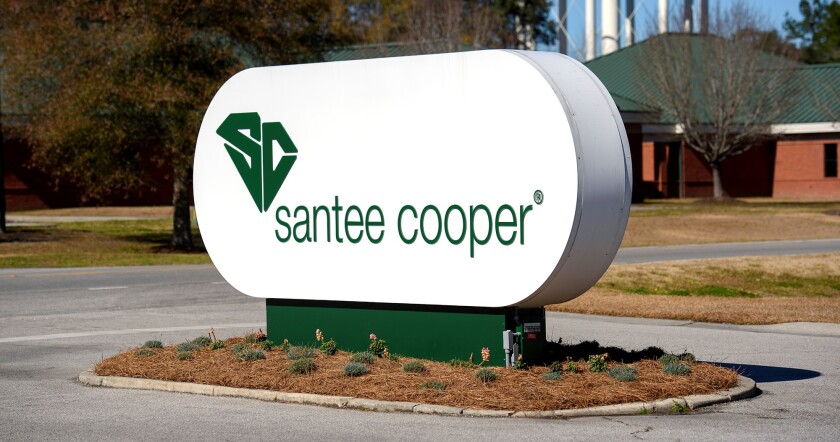 “We are placing a market outperform recommendation on Santee Cooper’s bonds,” according to a report released Monday by CreditSights. “We see the worst of the authority’s credit troubles behind it.”

The state of South Carolina owns the authority, which is one of the largest power utilities in the United States and provides power to both retail and wholesale customers. It has been the subject of several major lawsuits, which have now been settled, stemming from a failed nuclear power project.

As of June 30, the authority had about $6.49 billion of revenue bonds outstanding, according to the preliminary official statement, and about $196 million of commercial paper notes outstanding.

“Uncertainties have been reduced, yet spreads remain relatively wide. The authority still must operate with far more scrutiny than most large utilities, and it may not raise rates until 2025,” said CreditSights’ John Ceffalio, senior municipal research analyst, and Patrick Luby, senior municipal strategist. “This will pinch coverage and cash, limiting near-term upside. Debt levels should slowly fall through amortization and the prepayment of debt using the sale of nuclear assets.”

On Friday, Santee Cooper bonds closed at 68 basis pointsabove the triple-A municipal scale, CreditSights said, wider than similarly rated peers such as the Municipal Electric Authority of Georgia (MEAG) at 64 basis points or Gainesville Utilities in Florida at 50 basis points.

“Slow, steady credit normalization for Santee should gradually bring spreads towards ordinary large power utility levels,” Ceffalio and Luby said. “We do not expect the entire power or utilities sectors to outperform the market, but Santee Cooper spreads should tighten to both those indices and the broader market.”

Santee Cooper last sold tax-exempts on Oct. 27, 2020, part of a $638 million deal that included almost $300 million of taxable bonds. The authority said October’s deal was more than five times oversubscribed, getting $3.5 billion in orders from investors.

Ceffalio and Luby noted that the authority’s credit had been hurt by its failed attempt to build two nuclear reactors.

In January, the Santee Cooper Board of Directors approved a $2 million settlement agreement in a lawsuit over mini-bonds the utility issued for the project. In July 2020, the authority reached a settlement in a class action suit filed over the failed nuclear reactor project.

“The effort was abandoned after nearly $5 billion was spent, leaving the authority with high debt, an old and dirty fleet of generation, and political ill will from South Carolinians,” Ceffalio and Luby said. “The authority’s published ratings are about a full category below what we expect for such a large, state-owned, fully integrated system that provides a monopoly essential service. This is due to high leverage and the difficult political environment.”

The governor had been pushing for the state Legislature to sell off the authority. However lawmakers chose to keep it and initiate reforms that overhauled the board of directors, updated corporate governance and added legislative oversight. Act 90 was approved and signed by the governor this year.

Ceffalio and Luby said Santee Cooper has two big advantages going for it.

“First, its power prices are cheaper than statewide averages, in part because it competes with for-profit, taxable, investor-owned utilities,” they wrote. “Second, the South Carolina economy has generally grown faster than the nation, and we expect that to continue.”

As of 2020, the authority had about $11.6 billion of assets and $1.6 billion of revenues. Its largest customer is the Central Electric Cooperative, which provides about 60% of the authority’s revenues, according to a roadshow about the deal.