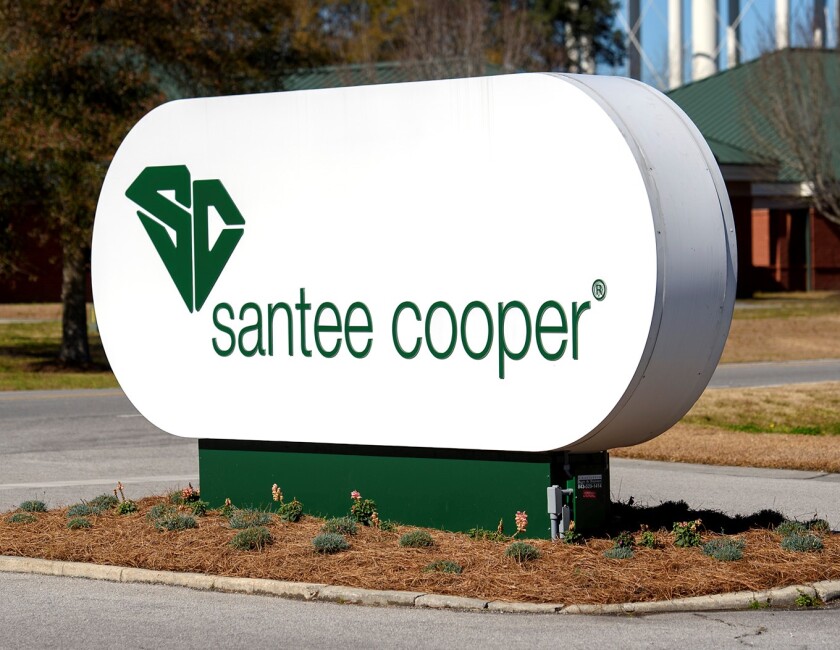 The Santee Cooper Board of Directors gave official approval Thursday to this week’s sale of about $430 million of tax-exempt revenue bonds as North Carolina finalized the sale of its $253 million grant anticipation revenue vehicle bond deal.

The deal was priced by BofA Securities with Barclays Capital and JPMorgan Securities serving as co-senior managers. The all-in true interest cost was 2.72%.

The bonds were secured by electric revenues and rated A2 by Moody’s Investors Service, A by S&P Global Ratings and A-minus by Fitch Ratings.

The sale was a move to strategically manage debt and consumer costs.

The bonds will refund $174 million of existing debt at lower interest rates, producing about $50 million in net present value over the life of the bonds. Proceeds will also convert around $190 million in short-term variable debt to fixed-rate at a lower rate and provide $160 million of funds to use for future capital projects through February 2023.

The board said Thursday demand for the offering was strong, with about 30 large institutional investors placing orders for the bonds. There were around $1.8 billion in orders, which allowed yields on the bonds to be lowered from the tentative pricing.

“The strong response by investors validates the debt management strategies that Santee Cooper is executing, and today’s transaction moves us further along that plan and achieves real savings for customers as well,” President and CEO Mark Bonsall said in a statement. “We will continue to aggressively pursue opportunities to refinance debt for additional customer benefits.”

Chris Fink, BofA managing director, said there was strong investor interest and noted a lack of investor questions about Santee Cooper’s financial position. “There are no concerns about the Santee Cooper credit,” Fink said.

Mike Mace, managing director of PFM, agreed the bond sale “was very successful by any measure.”

This reflects the “extensive efforts” made by Santee Cooper over the past several years to improve and solidify its credit metrics, he said, which bodes well in terms of prospective savings for upcoming refinancings.

The deal was the eighth in a series of GARVEE sales in the past 14 years, said state Treasurer Dale Folwell. GARVEEs are revenue bonds that let the state pledge future federal highway funds to pay debt service. The state’s GARVEE program is intended to be “evergreen,” with additional projects being added to the program and additional bonds being sold over time.

Proceeds from this sale will be used to accelerate construction on a variety of state Department of Transportation projects.

“We’re very pleased to be able to help in providing funding for much-needed transportation projects across the state,” Folwell said in a statement. “I’m appreciative of the department’s staff with the State and Local Government Finance Division and the Local Government Commission for their hard work on this issuance. It’s an amazing and historical rate that they were able to get for these bonds.”

The bonds were priced by a group led by BofA. Barclays, Citigroup, JPMorgan, Loop Capital Markets and Wells Fargo were members of the underwriting syndicate.  The GARVEEs were priced to yield from 0.05% with a 5% coupon in 2022 to 2.10% with a 2% coupon in 2036.

North Carolina’s GARVEE program is rated A2 by Moody’s, AA by S&P and A-plus by Fitch. Including this issue, the total amount of GARVEEs outstanding will be around $1.1 billion.