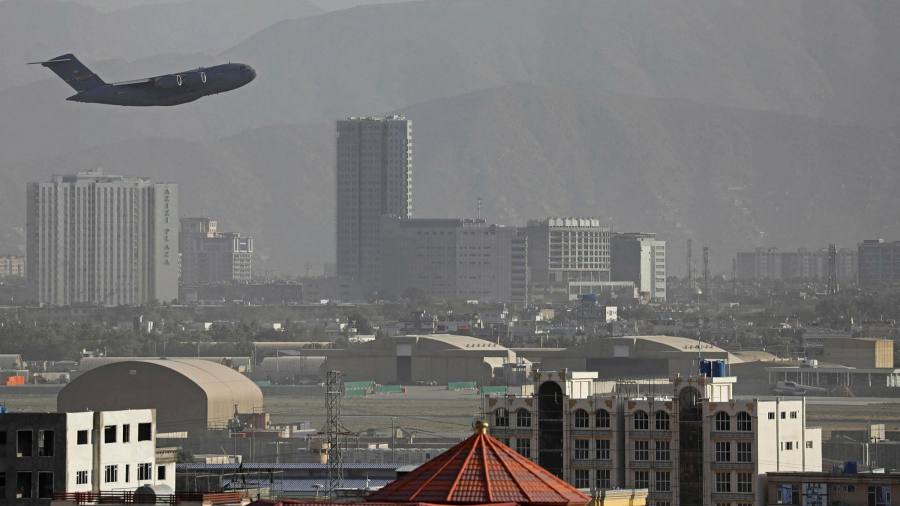 The US has carried out a drone strike against an Isis-K “planner” in eastern Afghanistan, in its first move to retaliate against the terrorist group for its deadly attack on Kabul airport on Thursday.

According to US Central Command on Friday night, American forces conducted an “over-the-horizon counter-terrorism operation” in Nangarhar province of the country. “Initial indications are that we killed the target. We know of no civilian casualties,” a spokesperson said.

The strike by the US follows Joe Biden’s vow on Thursday to “hunt down” and punish members of the Isis-K terrorist group, after a suicide bombing on Kabul airport that claimed scores of lives including 13 members of the American military.

The US move came in the wake of new warnings from top American security officials that another terror attack in Kabul is likely, just days ahead of Tuesday’s deadline for withdrawing forces from Afghanistan.

The White House said on Friday that the US president was told at a briefing in the morning that “another terror attack in Kabul is likely”, and John Kirby, the Pentagon spokesman, said there were still “specific, credible threats” to the airport.

After Biden’s meeting with national security aides in the White House’s situation room, he told reporters that he stood by his decision to continue the evacuation up until Tuesday’s withdrawal deadline.

“The mission there that they perform is dangerous, and now has come with a significant loss of American personnel, but it’s a worthy mission,” Biden said in the Oval Office. “We will complete the mission.”

Late on Friday the US embassy in Kabul reiterated calls for US citizens to avoid travelling to the Afghan capital’s airport and to leave any of its entrances “immediately”.

The new warnings came as thousands of people were still on the airport’s grounds awaiting evacuation and the death toll from Thursday’s attack continued to rise. More than 100 Afghan civilians and at least 13 members of the US military service were killed. Two British nationals and the child of a UK citizen were also among those who died, Dominic Raab, foreign secretary, said on Friday.

US officials now believe that the attack was carried out by only one suicide bomber detonating close to the Abbey gate entrance to the airport. Officials had initially said that there was a second explosion at the nearby Baron hotel, where evacuees have congregated.

“We’re not sure how that report was provided incorrectly, but we do know it’s not any surprise that the confusion of very dynamic events like this can cause information sometimes to be misreported or garbled,” Major General William Taylor, the US military leadership’s deputy director for regional operations, said on Friday.

US officials said they still intended to complete their withdrawal efforts by August 31, and said that 5,400 people were still awaiting evacuation at the Kabul airport.

The Pentagon also said late on Friday the Kabul airport remained under US military control, denying reports that the Taliban were now operating some airport gates. “The Taliban are not in control of any part of Hamid Karzai International Airport,” Kirby said.

The White House said on Friday that roughly 12,500 people had been evacuated from the Afghan capital in the past 24 hours by US forces and coalition partners despite the bombing, which has disrupted western efforts to wind up the evacuation process as the Taliban has tightened access to the airport.

Since the end of July approximately 114,800 people had been evacuated, the US said.

Ned Price, the state department spokesperson, said that US and allied forces were assessing Kabul airport with the view to returning it to commercial operations “as quickly as possible” once western forces left next week.

The US was weighing whether it could have diplomats operate in Afghanistan “safely and securely” after its military withdrawal, and was discussing with allies the prospect of maintaining a diplomatic presence, he added. “We are co-ordinating with our international partners to share ideas [and] to ensure that we are sending the appropriate signals and messages to the Taliban,” Price said.

The UK government said on Friday it had entered the “final stages” of its evacuation programme, and had closed processing facilities inside the Baron hotel. Other Nato allies, including Germany and Canada, have already wound down evacuation flights.

Isis-K, an Afghan affiliate of terrorist group Isis, claimed responsibility for the attack, and Kirby said “thousands” of Isis-K prisoners were believed to have been released from two prisons recently taken over by Taliban fighters.