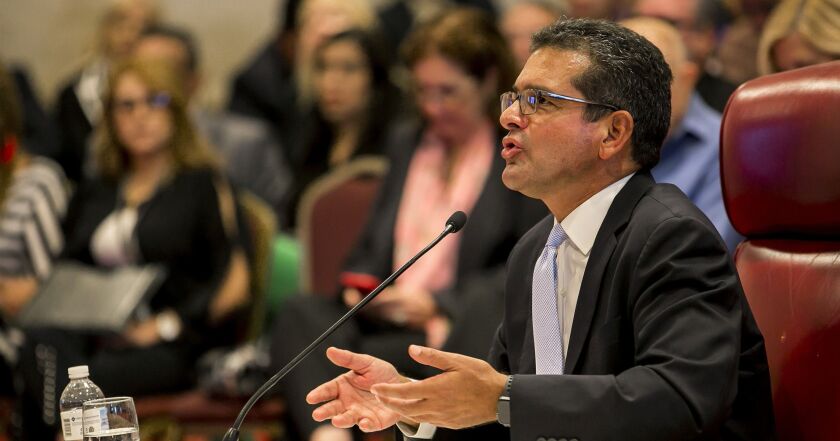 Puerto Rico Gov. Pedro Pierluisi is expanding the Earned Income Tax Credit program for the island, which along with another expansion of a federal program, will likely aid the island’s economy, experts said.

For the last year or two the local government has supported a limited EITC program with $200 million per year. As part of the American Rescue Plan Act, the federal government agreed to support an expansion of this program for 10 years.

The new benefit’s pay out to workers will depend on the workers’ income and dependents. For example, a single taxpayer earning $21,000 to $40,000 a year would have a maximum credit of $6,500 a year, according to the governor’s office.

Pierluisi signed the bill for the expansion Sunday and said more than 500,000 families on the island would benefit from the incentive.

“The new expanded EITC, together with the expansion of the Child Tax Credit to parity with the U.S., would definitely improve labor participation,” said Advantage Business Consulting President Vicente Feliciano. “Moreover, no one working full time in Puerto Rico would be poor, according to the Federal Poverty Guidelines.”

Pierluisi also announced that the American Rescue Plan Act permanently raises federal funding for federal dependent children’s credits to state-side levels. It also expands eligibility for it in Puerto Rico from those with three children to those with one or more children.

Interamerican University Associate Prof. Antonio Fernós Sagebien said, “It will always be good news [for] hard-working tax-abiding people to get some deserved return on investment from a disorganized and complex fiscal system. [The EITC] is supposed to be aimed and skewed to low wage individuals [who] will get most of the credit and that might have a multiplier effect so consumption should get a boost and this is very good news for those in the retail industry.”

Puerto Rico opinion writer and former government official Armando Valdés Prieto said, “The extension of the EITC to Puerto Rico has great potential to reshape the labor market on the island… The truth is many beneficiaries of these federal [social safety net] programs work informally and so are invisible both to economists and tax collectors. In order for the EITC to increase labor participation, the focus will have to be on convincing informal workers of the benefits of legitimizing and formalizing their current work arrangements.”

Puerto Rico’s December revenues 28% ahead of projections
Small Account Options Strategy with a Big Return on Investment
Fantom’s 5-week winning streak is in danger — Will FTM price lose 35%?
ESG: what issuers and market participants should strive for in 2023
Sunak faces crunch decision on post-Brexit Northern Ireland