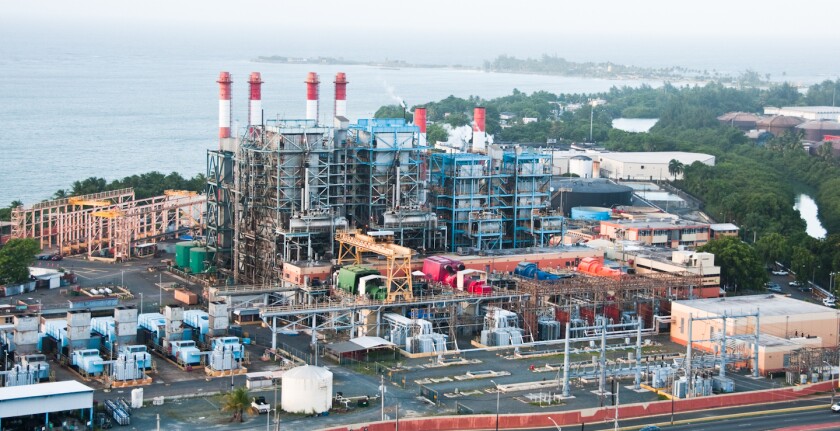 Widespread Puerto Rico power outages this week are highlighting the extended age of the Puerto Rico Electric Power Authority’s infrastructure and its impact on the economy.

The outages affected 33% to 37% of the authority’s customers since Monday and will continue to afflict many for a few more days, according to PREPA.

Demand has been outstripping supply and that has forced the authority and LUMA Energy, which now runs the authority’s transmission and distribution grid, to do selective blackouts. There was an earlier wave of outages after LUMA took over the grid in early June.

The primary cause of the outages has been five generating units being down, PREPA said. Three of these units have produced no electricity because of break downs. One of them has been producing at half of normal capacity because of a cooling fan problem. The fifth is down due to planned maintenance.

Due to prolonged unusually high temperatures on the island and the presence of dust from the Sahara Desert, many residents may be remaining home with air conditioners on. This has led to an unusual, prolonged run of high demand for electricity.

The age of PREPA’s generation units may have contributed to the breakdowns. They average about 40 years of age compared to a national average of 18 years, according to an americanbar.org article.

“Lack of electricity is extremely detrimental to business in Puerto Rico,” said Puerto Rico attorney John Mudd. “Internet is an everyday necessity and we don’t have it without electricity. It is a big problem.”

The fiscal plan says that $14 billion has been obligated over the next 10 years for rebuilding and transforming the authority’s generation, transmission, and distribution system. This would be a great advance over what has occurred in recent years. From 2012 to 2017 PREPA spent an average of 2.6% of its assets on capital investments, compared to the 6% average of its peer utilities.

Since December 2019, the process of legally advancing the PREPA Restructuring Support Agreement (the debt restructuring deal), has largely been frozen by various factors. It remains to be seen whether the recent outages affect the deal or when legal proceedings restart on it.