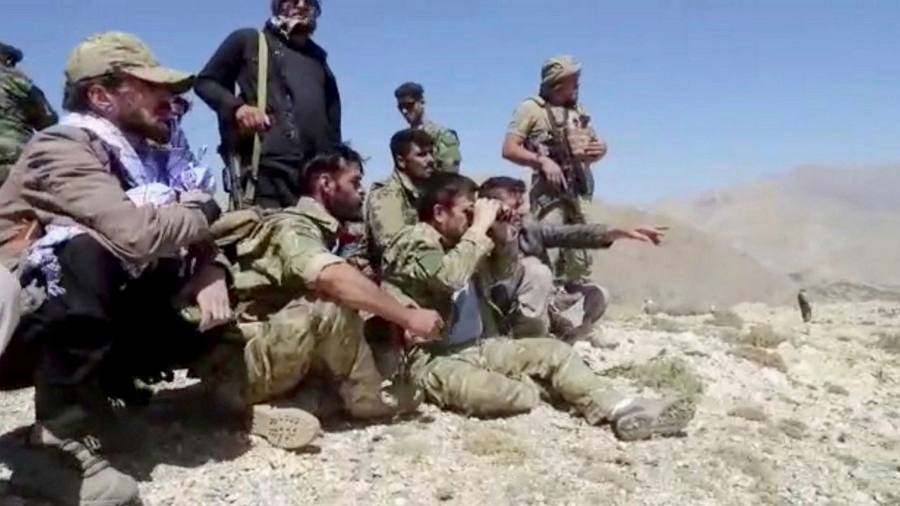 Fighting is raging in Afghanistan’s isolated Panjshir Valley, the last stronghold of resistance to the Taliban, as the Islamist group maintains a military offensive to pacify the last territory holding out against its rule.

Amrullah Saleh, vice-president of the former government of Ashraf Ghani, warned of an “overwhelming humanitarian crisis” and pleaded for international relief to help an estimated 250,000 people trapped in Panjshir.

Saleh retreated to Panjshir after Ghani, the former president, fled the country and has been helping lead the resistance. The former vice-president said 10,000 people from Kabul and other large Afghan cities had taken refuge in the valley after the Taliban takeover of the country.

“We call on the United Nations and the international community to do its utmost to prevent the Taliban’s onslaught into Panjshir Province and encourage a negotiated political solution to ensure thousands of displaced and hosting civilians are saved,” Saleh’s office said.

The plea came as Faiz Hameed, chief of Pakistan’s Inter-Services Intelligence agency, arrived in Kabul to meet Taliban leaders and offer to help create a “centralised military command structure” to unite Afghanistan’s army and tribal warriors in a single force.

A senior Pakistani government official said Islamabad was concerned about the multiplicity of armed groups in Afghanistan, especially after the collapse of the Afghan National Army.

“The ISI chief mainly offered help to the new Afghan government to unite a crumbled Afghan army on a common platform,” the official said. “Recreating an Afghan force is central to Afghanistan’s future. We can’t have well-armed groups scattered all over the place. That would be a disaster.”

Pakistan was the Taliban’s primary patron for years and one of just three countries to formally recognise the group’s regime when it controlled Afghanistan in the 1990s. The Taliban imposed an extreme interpretation of Islam, forcing women not to work, barring girls from school and meting out brutal punishments, including amputations and stonings, for alleged crimes.

The Taliban now also has close ties with Qatar, where the group has a de facto embassy. Doha has led multilateral talks with the Taliban about reopening the international airport in Kabul following the US exit and has helped evacuate thousands of foreigners and Afghans from Afghanistan in recent weeks.

Hameed’s visit was intended to remind the Taliban of Pakistan’s role in its latest conquest of Afghanistan and to smooth over differences between different Taliban factions as the group tries to form a government, according to analysts.

“The ISI is showing we won this war,” Said Sabir Ibrahimi, non-resident fellow at New York University’s Center on International Cooperation, said. “There are also some reports of differences between the Taliban leadership in terms of power-sharing. He might be trying to mediate between the Taliban factions.”

Ibrahimi said Hameed was also probably trying to help the Taliban “strategise” to defeat the resistance in Panjshir, which has never been conquered by the group, even during its previous rule.

However, the visit by the Pakistani spy chief has dismayed many Afghans, including some in the Taliban.

Foreign ministers of the G7 industrialised nations as well as China and Russia would hold talks on the crisis as soon as Wednesday, to discuss the crisis in Afghanistan, a Japanese minister said Sunday.

The virtual meeting will be co-hosted by Antony Blinken, US secretary of state, and Heiko Maas, his German counterpart, and will include more than 20 countries.

Toshimitsu Motegi, Japan’s foreign minister, told NHK that the G7 countries had agreed to demand the Taliban ensure the safe evacuation of people remaining in the country, sever ties with terrorist organisations and respect women’s rights.

Motegi said it would be important to apply pressure on Afghanistan “together with China and Russia, which have a certain influence” over the country.

The UN is also planning to hold a conference on September 13 at which António Guterres, its secretary-general, will “advocate for a swift scale-up in funding, and full unimpeded access to those in need”. The UN has warned that its food stocks in the country could run out by the end of the month.

The EU said last week it would establish a diplomatic presence in Kabul and engage with the Taliban. But Josep Borrell, the bloc’s foreign policy chief, said relations would depend on the group preventing Afghanistan from becoming a haven for terrorist groups and respect for human rights.

The EU has also pushed for the formation of a broad-based inclusive government.