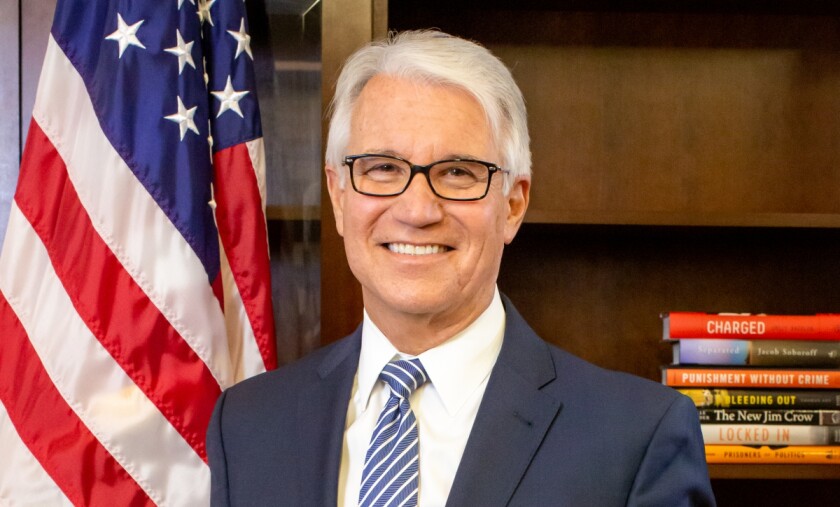 The City of Industry, California, no stranger to corruption allegations, is making news again after four people were charged in an alleged embezzlement scheme involving a solar power project.

Industry’s former city manager, Paul Phillips; attorney Anthony Bouza; William Barkett, the developer of the supposed solar farm; and Frank Hill, a former Republican state senator who served almost four years in prison in the 1990s after taking bribes in an FBI Sacramento sting operation were all charged Friday in connection with the corruption case, according to the Los Angeles County District Attorney’s office.

Philips is currently city manager 17 miles down the road in Bell, a city with its own history of illegal financial shenanigans.

“Public corruption erodes the trust of our citizenry and hampers progress,” Gascón said in a statement. “There is no place for it in Los Angeles County.”

The city worked with San Gabriel Valley Water and Power LLC on a proposed solar farm between 2016 and 2018, during which time the city paid for costs that were to be reimbursed if construction began, according to the DA’s office.

According to the district attorney’s office, the alleged crime played out like this: Between 2016 and 2018, the City of Industry entered into a land lease agreement with San Gabriel Valley Water and Power LLC to examine the possible solar farm. As part of the deal, the city agreed to advance certain costs that had to be repaid if construction began on a solar farm.

Philips, the city’s former city manager, and Bouza, an attorney hired by the city as a private contractor who allegedly helped draft an agreement, handled the funds.

During that time, roughly $20 million in public funds was allegedly routed to an account controlled by Barkett, who owned SGVWP.

While some of the money was paid to other vendors, Barkett is accused of spending about $8.3 million on personal items. He also allegedly falsified or altered invoices to inflate the amount.

Bouza and Hill, the felon and former state senator who was retained by the city, are accused of having a financial conflict of interest when they allegedly drafted or influenced contracts with the city.

According to Los Angeles Times reporting, firms owned or controlled by the city’s longtime mayor, Dave Perez, raked in hundreds of millions of dollars over the years through contracts with the city of about 200 residents. Perez left the city council in 2012 and died in 2020. The street where Industry’s city hall sits was renamed “Mayor Dave Way” this year.

But Lockyer was fired in January 2018 after reportedly saying the family of former mayor Perez was manipulating plans to build a few new homes in Industry to retain control of the city council.

Bell spent several years healing fiscally and reputationally after a cadre of city leaders were prosecuted in 2010 for looting city coffers to enrich themselves.

Steve Cooley, Philips’ attorney, could not be reached for comment.

Cooley was Los Angeles County DA during the Bell prosecutions, which resulted in former City Manager Robert Rizzo, who was collecting a $1.8 million salary from the city including benefits, being sentenced to 12 years in prison, and Angela Spaccia, the assistant manager, being sentenced to 11. Five city council members took plea deals.

Philips posted a statement on August 26, 2020 on Bell’s website regarding search warrants that had been executed at his home in connection with Industry’s solar project.

“Although not City Manager when the project started or when the litigation started, as City Manager I was significantly involved in discussions between the City and the Developer, and I believe that the DA was seeking documents, which I might have in connection with those matters,” Philips wrote.

The statement was released at the behest of the Bell City Council, Philips wrote.

“After hearing my story, the City Council indicated continued support in the important work, we are doing for Bell, but asked me to give a summary of what I told them to the public,” he wrote.

Industry, 22 miles from downtown Los Angeles, calls itself an industrial suburb, where 3,000 businesses employ 68,000 people, according to the city’s website.

The industrial city’s checkered finances led S&P Global Ratings to withdraw its ratings on the city’s debt in August 2016 citing a lack of reliable information upon which to base ratings. Moody’s Investors Service rates the city’s general obligation debt Aa3 following a one-notch 2019 downgrade. The outlook is stable.

The controller released an updated audit on Industry in January 2019 that found the city did not satisfactorily resolve all of the findings noted in the controller’s previous audit, according to a cover letter to then-City Manager Troy Helling. And the “city’s current internal control system is mostly inadequate,” said the letter signed by audit division chief Jim Spano.

Yee’s team found that, of eight prior findings from the 2016 review, the City of Industry fully implemented three recommendations and took no action on two. On the other three 2016 findings, the controller’s office only could determine that some incremental change had been made because the city did not provide the needed supporting documentation, despite repeated requests.

“While I cannot comment on the specifics of a particular review beyond its official report, Controller Yee does recognize and appreciate that her team’s work can serve as a valuable guide or tool for law enforcement in cases of malfeasance,” said Jennifer Hanson, the controller’s spokeswoman.

Plans for the solar farm, meanwhile, appear to have been put to bed. It was to have been built on a 2,445-acre parcel outside city limits that was acquired by Industry’s redevelopment agency in the 1970s.

Industry’s development plans faced opposition and lawsuits from neighboring cities and open space and wildlife advocates. IN 2019, Industry announced a settlement in which it agreed to sell the property to the Tres Hermanos Conservation District, a joint powers agency of Industry and the cities of Diamond Bar and Chino Hills, “with deed restrictions that limit future use to open space, public use, and preservation.”