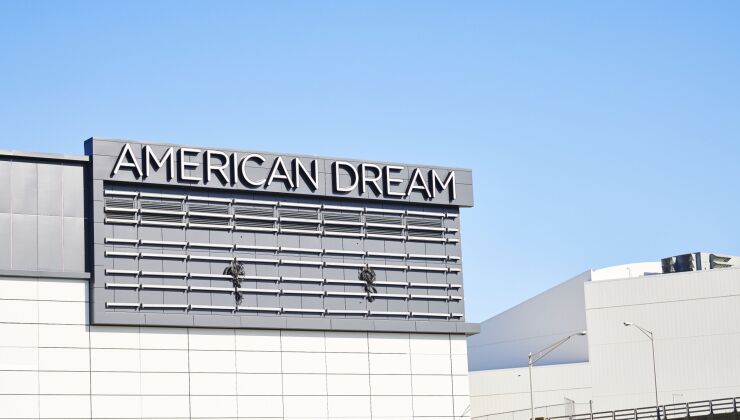 For the second time this year, the trustee of bonds issued for the American Dream Mall in New Jersey drew down a reserve account to make a debt payment on $800 million of tax-exempt municipal bonds.

Trustee U.S. Bank said in a notice to bondholders posted on the Municipal Securities Rulemaking Board’s EMMA bond disclosure website last week that it drew $2.6 million from a reserve account to make a $27 million interest payment due on Dec. 1 on the payment-in-lieu-of-taxes bonds issued by the Public Finance Authority in 2017 that helped bankroll completion of the $5 billion retail and entertainment center.

It is the most recent fumbled debt obligation by the mall which opened months before the pandemic and continues struggling to fill vacant storefronts and attract foot traffic at levels necessary to make payments on over $3 billion in mixed debt used to finance its construction.

In June, the developer missed the first two required annual payments for the PILOT bonds, forcing the trustee to make an unscheduled withdrawal of $11.36 million from a reserve account.

In August, Triple five missed an $8.6 million payment due on $287 billion of limited grant obligation revenue bonds, sold along with the PILOT bonds in 2017. In a notice at the time, US Bank told shareholders the bond’s reserve account only contained $862.12.

In addition to municipal financing, Triple Five also took out $1.1 billion in private loans to finance construction of the 3-million-square-foot complex.

The developer reportedly defaulted on those loans in early 2021, allowing a group of JP Morgan-led creditors to take a 49% stake in another Triple Five holding, the Mall of America in Minnesota, the largest mall in the U.S.

American Dream is the second largest.

The company’s construction loan creditors in November granted the mall until 2026 to repay the debt.

It was hoped the move would relieve at least some of the pressure the mall was under and allow time to weather a testy economic environment while opening up resources to address its municipal obligations.

Following steep drops in revenue during the COVID-19 pandemic, in-person big-box retailers are likely to continue to see downward pressure on business and will see lean times ahead amid an expected recession in the U.S. by mid-2023, said Melissa Che, senior director at Fitch Ratings covering commercial mortgage backed securities.

American Dream is likely to see continued difficulty in filling its many still-vacant storefronts, though it has welcomed some high-profile retailers, including an Apple Store that opened Sunday.

The retail sector can be “heavily influenced by consumer spending, unemployment, and personal income,” Che said, leaving many large retailers at risk of seeing profits plateau or evaporate over the next year.