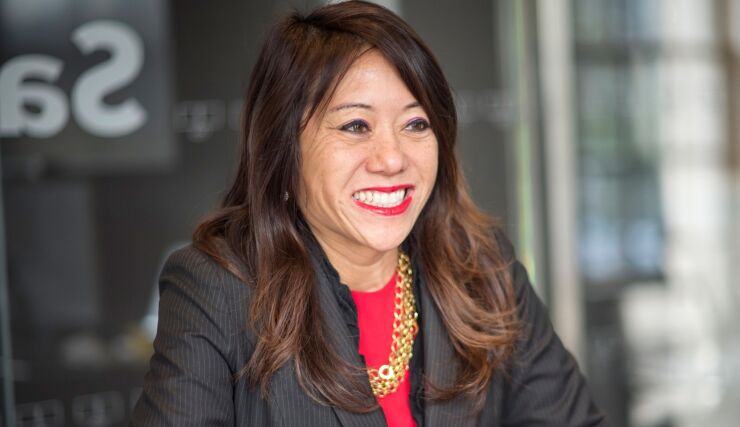 The state of California is expected to see more than twice the demand for its private activity bonds than what is available under the $4.7 billion cap allowed by the IRS for 2023, according to the California Debt Limit Allocation Committee.

On Wednesday, the committee, chaired by Treasurer Fiona Ma, approved the $4.7 billion PAB allocation ceiling, which is based on an amount set annually by the IRS for all states, and then multiplied by the state’s population.

A survey conducted by CDLAC in November revealed that applicants planned to request a total of $11 billion in PABs, the majority housing developers.

Fortress is preparing to remarket $887.8 million in revenue bonds for its Brightline West project to continue to escrow $737.8 million issued in 2020 through the California Infrastructure and Economic Development Bank and $150 million issued through the Nevada Department of Business and Industry. A spokesman could not be reached for comment.

The requests will be reviewed by the committee individually after each applicant puts in a formal application.

Ma noted during the meeting that she has been a proponent of CDLAC using part of its PAB allocation for non-housing related projects, such as to support industrial bonds, though working to alleviate the state’s housing crisis has always been a priority for her.

“I have been a proponent of other debt facilities,” Ma said. “We can’t build housing without wastewater facilities, and all the other things that go along with housing.”

The state ended up with an $231 million prior year carry forward from qualified residential rental projects, that were awarded money, but weren’t able to use it. Committee members reallocate the money to participants on the waiting list for PABs, and plans to discuss modifications to how that money is distributed at the Feb. 1 meeting.

“That’s not an efficient use of resources,” Ma said of the large carry forward. “I would like to leave that money available to (non-housing) projects. These are projects of what people think might happen, but they aren’t shovel ready.”

Over the past three years, the bulk of the state’s PAB allocation has gone to housing projects.

Nancee Robles, interim director of CDLAC, said the state awarded $3.7 billion to qualified housing projects in 2022 to create 15,065 affordable units throughout the state.

The committee is contemplating making changes that would allow building improvements to qualify for bonds as well as new construction, anticipating that with rising interest rates some housing projects might not be able to get needed tax credits to help fund projects. It will discuss the matter further at a Feb. 1 meeting along with how much money to allocate to each pool.